There are two secondary fermentation methods for sparkling wines. One option is to ferment bulk wine in a pressurized stainless-steel tank, called Charmat, named after its inventor Eugène Charmat, who patented the method in 1907. Breathless is dedicated to the other: a traditional method of secondary fermentation in the individual bottles, called méthode champenoise.

This time-intensive process traps the CO2, a byproduct of the fermented alcohol, in the bottle where it ages for many months en tirage, the French term for wine that comes in direct contact with the yeast sediment during the aging period. This process allows the wine to gradually develop its finer bubbly effervescence, nuanced flavors and hints of toasted brioche. The longer en triage, the yeastier the characteristics become.

After this aging period, the wine goes through a process known as “riddling” in which the bottles are slowly shifted on a daily basis with the crown cap facing downward, which allows the residual yeast, called “lees,” to settle in the neck.

The necks of the bottles are then frozen, converting these lees into an icy plug, removed through a process known as disgorgement, while a small amount of dosage, or the same wine mixed with sugar, is added before the final corking takes place. The level of this dosage determines the sweetness and acidity of the wine. It takes a lot of effort, but also a bit of magic, to make sparkling wine. 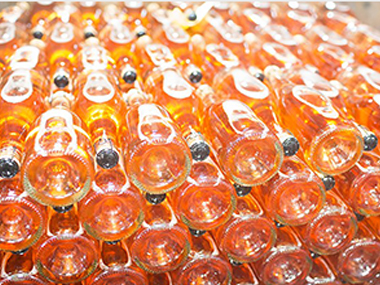 EN TIRAGE
With the yeast still present, each bottle is aged for 2 to 4 years. This adds subtle flavor and softens the wine's texture. 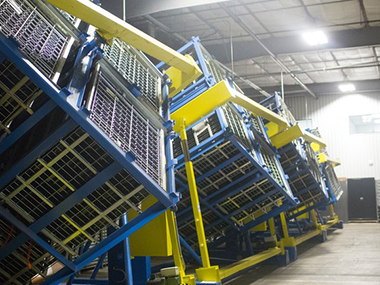 RIDDLING
Our bottles are riddled mechanically with a Gyropallete that simulates manual riddling on a larger scale. 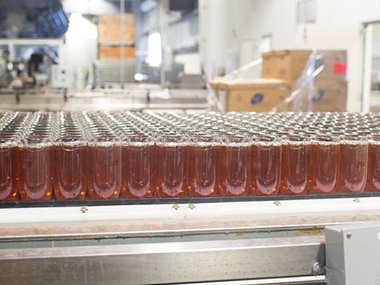 DISGORGING
The neck of each bottle is frozen in a liquid glycol solution, producing a small icy plug separating the fermentation yeast from the clear sparkling wine. The plug is then removed from the bottle, efficiently taking the yeast sediment along with it without taking in too much oxygen and losing its natural effervescence.